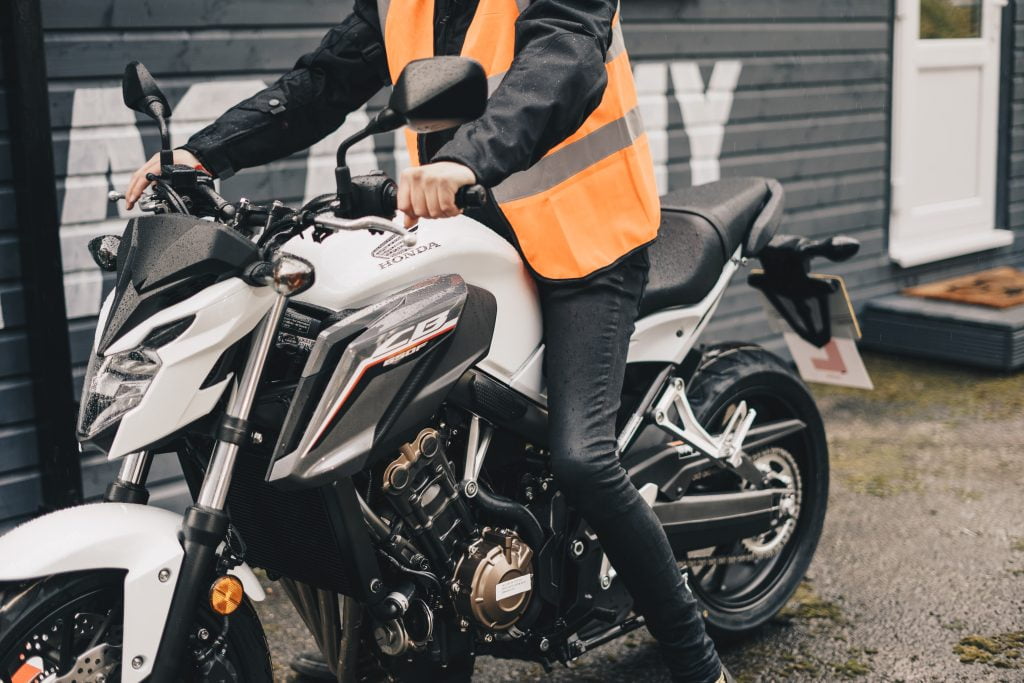 A bike that refuses to start, or it does start but does not idle, is a common problem. Some of the causes are easy to solve. Others require elbow grease and some money. If you’re investigating the possible cause of why your bike won’t idle, you’re in the right spot. There are several reasons why your bike would not idle. Read on to find out how to solve them.

It is vital to remember that there could be several causes for this issue, so you should identify and test them all until you find the culprit.

6 Causes Why a Motorcycle Will Not Idle

Does your bike start but shut off or doesn’t idle? There are several common reasons that a dirt bike may shut off, and it’s essential to identify them before you get frustrated and throw your bike away. It could be a simple issue, like a loose battery connection. Perhaps, it’s more severe and needs to be addressed by an expert.

Whether your bike is a two-stroke or four-stroke, it should be able to idle after you start it. If you have a two-stroke bike, it will sound choppy; however, it should run and stay running for a time. If your motorcycle does die after a short idle, then a few possible reasons include idle turning and engine heat, weak spark, a problem with the air filter, fuel issues, stator/battery issue, or a defective carburetor.

It will start but stops idling a few seconds later. Leaving the choke open for a few seconds can keep the bike running without having to add gas.

2. You Have a Weak Spark

You don’t need a solid spark to start a dirt bike; it will just stop if it’s not strong enough. The primary reason for a weak spark is fouling, a defective spark plug, or one that’s too old.

The easiest solution in these situations is to replace the plug. You need to have good contact with a spark coming out of the tip of the plug wire to ignite the air-fuel mixture and produce rich combustion.

If you’re looking to buy new coils, you’ll have to get a new one. It’s tempting to go cheap and get an inferior coil, but you’ll pay dearly in the long run by doing so.

3. Problem With the Air Filter

Bikes need airflow to work correctly. If the air filter is not working correctly, it can prevent the engine from drawing in the right amount of oxygen and run poorly. It also allows dirt and debris to get into the engine, damaging the engine or cause it to stall. The solution is to either clean the air filter (if you have a reusable one) or replace the filter with a brand new one.

The problem could be related to the air/fuel mixture. The mixture is controlled by the fuel/air screw if you are using a bike with a carburetor.

You would need to adjust the air/fuel screw to correct this.

Dirt bikes don’t use the same fuel as street bikes. When competing in a race, it is crucial to ensure that you have the proper fuel. Your fuel should be lean and clean. A small jet will help you get richer fuel. If you have a kinked or pinched fuel line, you may need to replace it. Make sure the line is free of obstructions that could trap fuel.

To ensure that you have a working battery, take the battery out of the motorcycle. The voltage should be at least 12.5 volts and preferably around 14 volts. If not, you have a battery problem and should contact your mechanic to get it fixed.

The voltage should increase when a vehicle engine is running as the engine speed increases. If it doesn’t, the stator is damaged, or a connection is loose.

The carburetor may be to blame if your dirt bike won’t start or run for more than seconds. When you can start your bike and ride it for a short distance without any issues, you know there is a problem with your carburetor.

A carburetor problem is something you can DIY if you have the tools and know-how. However, it’s highly recommended to bring it to a mechanic for a proper repair. You can get into the habit of doing things yourself, but you will realize that you need to call a professional.

This article identified several possible causes as to why your bike would not start but not idle. While a DIY check and repair may sound tempting and cost-effective, a rider’s lack of knowledge could spell a more expensive repair if not done right. As such, bringing your bike to a mechanic is highly recommended.

I hope this article gave you the information you need on the causes and fixes on why a motorcycle will not idle. Thanks for reading, and take care out there.

PrevPreviousCan You Lay a Motorcycle on Its Side? [ What Happens? ]
NextThe Most Comfortable Motorcycles for Long Rides [Top 10]Next