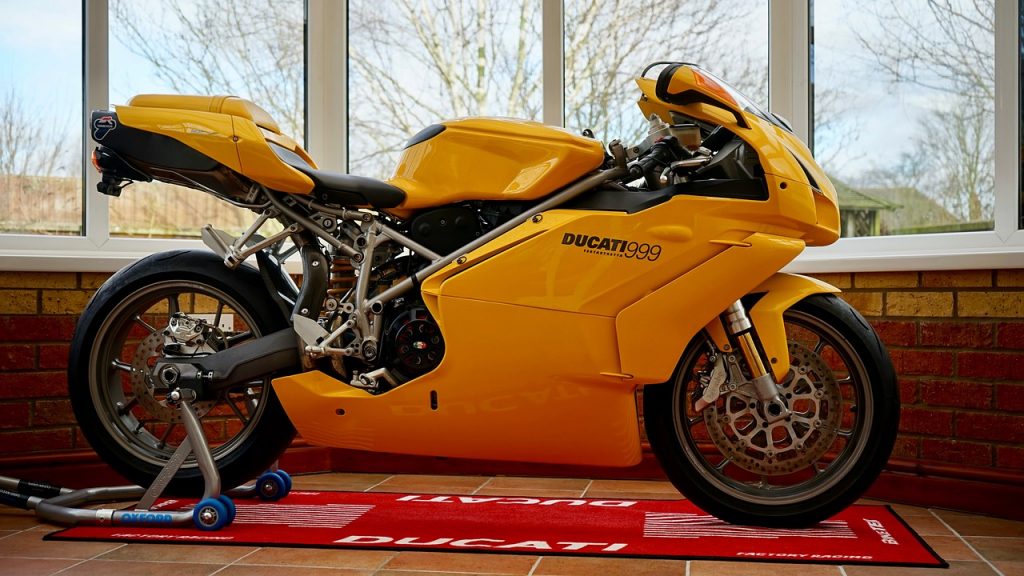 Are you looking to purchase a new bike from the most reliable motorcycle brand? With so many manufacturers and products, finding top-quality motorbikes can be an overwhelming process. No manufacture is ready to be associated with unreliable products. On the other hand, several new motorcycles come into the market every year, so it is vital to keep tabs on how each brand and model performs compared to others.

Japanese brands are generally considered the most reliable, according to consumer reports. Most have a failure rate below 16% and also depict fuel efficiency and affordable repairs. However, there are many other things to review when assessing the reliability of motorbikes. Here’s a quick overview of ten motorcycle brands with a worldwide reputation for being reliable.

Founded in 1955, Yamaha quickly took over the world and is currently among the most recognizable motorcycle brands worldwide. Yamaha’s popularity was catapulted when it became part of MotoGP and had one of the all-time greatest motorcycle racers, Valentino Rossi, racing in a Yamaha bike. Rossi has won multiple MotoGP world championships. YZF-R6 is considered the number-one Yamaha motorcycle and is also rated the best looking by fans. However, Yamaha bikes have more in the tank other than looks. The brand has become known for affordable and reliable transportation.

The first Yamaha bike (YA-1) was made in 1955, but the brand didn’t sell until 1958. Yamaha then became an international brand in 1960 and started exporting to the USA. The bikes come in many designs, so you can find great new on/off-road motorcycles for sports cyclists and adventure enthusiasts. Snowmobiles, high-powered ATVs and watercraft are also part of the brand’s diversification. What’s more, only 11% of their bikes require repair within the first four years, which is significantly low considering the numbers they ship every year.

There’s no doubt Harley Davidson is responsible for some of the most iconic motorcycles in the world. It also happens to be the most reliable motorcycle brand in the USA. Harley Davidson was founded in 1903 by William S. Harley, William Davidson, Walter Davidson and Arthur Davidson. The young men and childhood friends saw their dream turn into a global empire and have kept wowing fans across the world with unique designs. Harley Davidson products motorcycles for every lifestyle, so you can easily find what suits your needs.

The street model is perfect when looking for sleek, superfast bikes. You can also find cross-country options in their wide range of touring and CVO models. Most people see Harley Davidson as the quintessential motorcycle brand. Unfortunately, 26% of their bikes will require repair and maintenance within the first four years. Most models are designed for bikers seeking pricier and large-displacement cruiser-type motorcycles. However, Harley Davidson has diversified their offer over the years to include smaller, more affordable options. Lengthy warranties also cover most repairs you will need early on.

Honda is the creation of Soichiro Honda and Takeo Fujisawa. However, many people recognize it as the most popular motorcycle brand in the world. The first Honda was made in 1949 and Honda became Honda Motors Co. By 1964, Honda was the largest motorcycle manufacturer globally and has maintained that spot. The brand features the long-distance appeal of Harvey Davidson bikes and the sporty design of Yamaha. Honda is also the largest manufacturer of internal combustion engines. The brand offers motorbikes for all lifestyles and has a Powersports division for off-road motorbikes and full-size vehicles, street models, ATVs and scooters.

Honda motorcycles are very reliable and provide a comfortable ride, sporty handling and efficient transmission. They are a tad pricier than other motorcycles out of Japan, just like their automobiles. However, Honda quality offers no doubt it is one of the most reliable motorcycle brands in the world. The brand has several motorbikes, but CB500 is their most popular yet. Honda is also one of the most prolific brands in MotoGP, especially among new riders. The only other brand that comes close to Honda in the racing world is Suzuki.

Launched in 1949, Kawasaki has grown to become a big name in the motorcycle world and produces some of the most reliable rides in the market. However, Kawasaki Heavy Industries existed long before entering the motorcycle industry and was already a renowned brand. Kawasaki Shozo founded the company that would later become part of Japan’s leading motorbike exporters. The bikes were popular in the starting years, so the owners decided to open a USA production branch. Chicago-based Kawasaki Moto Corp, USA was established in 1966 and began producing two-stroke machines before favoring the quick rotary valve twins.

Since then, Kawasaki motorcycles have been synonymous with speed and fun. The brand appeals to riders seeking high performance. Most bike models take on a sporty design with rides low to the ground, offering remarkable speeds ideal for racing. KLR and Ninja are the most popular models, but Kawasaki boasts several motorbike designs for everyone, especially racers. The fact that Kawasaki also makes aircraft and other vehicles is another reason to trust their motorbike models. Only 15% of Kawasaki motorcycles will require repairs within the first four years, again, very little considering the number of bikes they manufacture.

Like most Japanese motorcycle brands, Suzuki wasn’t involved with selling bikes until the mid-50s. The company started out producing weaving looms back in 1909 when Michio Suzuki founded it. However, Suzuki took a different direction in the 1930s and diversified to start producing vehicles. Today Suzuki motorcycles enjoy a reputation as some of the most reliable, just behind Yamaha. They are also affordable and require low maintenance, which increases their desirability. GSX-R750 is a standout model in their motorbikes and professional races highly regard the brand. You’ll never miss a Suzuki in MotoGP and other racing events.

The Japanese motorbike brand has a rich racing heritage and strives to embrace that in all its models. Suzuki has some of the fastest bikes you will encounter and was the first to produce a liquid-cooled motorcycle engine back in 1970. Released in their GT750, the new engine received worldwide appreciation and Suzuki has maintained the momentum in pushing the envelope in style and speed. Their motorcycles are classy, sporty and very comfortable on all roads.

KTM motorbikes have humble beginnings as the company was initially an auto repair shop in Mattighofen, Australia. Hans Trunkenpolz engineered the first KTM motorcycle back in 1954. However, the company went bankrupt in 1991, after which it was purchased and rebranded to KYM in 1992. It is still the most reliable motorbike brand in Australia and a big name in the racing arena. KYM bikes are ultimate sports models that can lay down completely on sharp turns and keep racing.

The brand focuses on racing bikes but has a rich diversity that includes dirt bikes and off-road models. KTM bikes are also very affordable and require low maintenance as they are designed to take the beating. They are the ideal choice when looking for fun bikes with simple, classic designs. While not as lavish as other brands, KTM is highly reliable and perfect for racing and street rides. Most users compare their desirability to Japanese motorcycles and the dirt-bikes are particularly in their class.

Triumph Motorcycles was established in 1984 and are a very young British motorbike brand. However, Triumph produced some of the oldest known motorbikes and collectors have models dating back to 1902. Triumph Engineering was busy creating bikes throughout the World Wars and post-war era. Still, it never became a global brand until later when Marlon Brando was featured riding the 1950 Thunderbird 6T in the 1953 film, The Wild Ones. However, the company went into receivership and John Bloor founded the new Triumph in the 1980s. Still, Triumph is the largest British motorcycle manufacturer and provides high-end cruise-type bikes.

The Tiger 800 XC is Triumph’s most famous bike, but the brand has several cruise and speed motorcycles for all kinds of riders. About 29% of Triumph motorbikes will need repair within the first four years, which is significantly higher than most Japanese bikes. However, like Harley Davidson, Triumph bikes are covered by lengthy manufacturer warranties. They are also very comfortable and sleek on the roads. Triumph bikes are a bit costlier than their Japanese competitors, averaging around $9,300.

Ducati is Italy’s pride and has been putting motorcycles on the road for close to 90 years. The company was launched in 1929 by Antonio Cavalieri Ducati and his three sons but started selling bikes in 1950. Ducati motorcycles are known for their beauty and speed. They are also some of the most expensive bikes, setting you back $65,000 for a luxury model. However, the price is well worked into its cutting-edge design. Ducati bikes look nothing like most brands you will encounter.

The brand is famous for V-twin engines that have become part of the overall Italian style and has some unique creations for riders who care about standing out from the crowd. Ducati Scrambler Icon is the most popular model and offers comfortable rides and irrefutable aesthetics. Unfortunately, up to 33% of Ducati motorcycles require mechanical repair within the first four years, triple the maintenance required of Yamaha models. Nonetheless, owners get to enjoy lengthy warranties and motorbike services.

ALSO READ  Where are Ducati Motorcycles Made (15 Facts about Ducati)

Launched back in 1901, BMW is one of the first choices among those seeking cars and motorbikes. The German-based company made their first motorbike in 1923 and went on to produce bikes during the World Wars. However, BMW has seen its status drop over the years and while their bikes are still reliable and desirable, other manufacturers offer better models. Up to 40% of BMW motorbikes end in the repair shop within the first few years. Nonetheless, BMWs are compact and provide exceptional comfort on the roads.

The brand products all motorcycles in Germany, focusing on long-distance models and sports bikes. BMW bikes are also common in racing circuits because of their superb engineering and fast speeds. However, it isn’t a favorite among pro racers because of its the low-reliability (compared to other top brands). BMWs are also costlier than Yamaha, Suzuki, Kawasaki and most bikes in this list. All in all, the company has an excellent warranty to cover most repairs you will need early on. The design aesthetics are equally unquestionable.

Aprilia is the pride of Europe when it comes to racing motorbikes. The brand started as a bicycle builder company founded by Cavaliere Alberto Beggio after the Second World War. However, his son, Ivano Beggio, had the vision to explore the motorcycle industry and created the prototype of the Aprilia Motorbike in 1968. Aprilia soon became Europe’s answer to Japanese motorcycles in the racing circuit and burst into the scene in 1975. The bike won 294 Grand Prix races and holds the record for the most wins by European manufacturers.

Aprilia motorbikes are popular in the racing circuit. However, the company produces for any rider who loves speed. While not ideal for a day trip, you’ll get to your destination pretty fast. The Italian brand only comes second to Ducati in the region and is also more affordable than other luxury brands. Aprilia is reliable on the roads and perfect for racing enthusiasts. However, it calls for meticulous maintenance and a significant percentage require repair early on.

There are several other reliable motorcycle brands in the market, including Can-Am from Canada and the USA’s Victory. Manufacturers keep improving on their models, so performances are bound to change. It is vital to keep tabs on consumer reports and the performance of new releases. Riders also have different needs, so you should focus on what works for you. For instance, if you aren’t interested in racing, there are many reliable street and day trip motorcycle models. Make sure you purchase your bike from a reputable dealer that can guarantee genuine quality from the manufacturer.