How Much Is My Harley Davidson Jacket Worth? Value Estimator 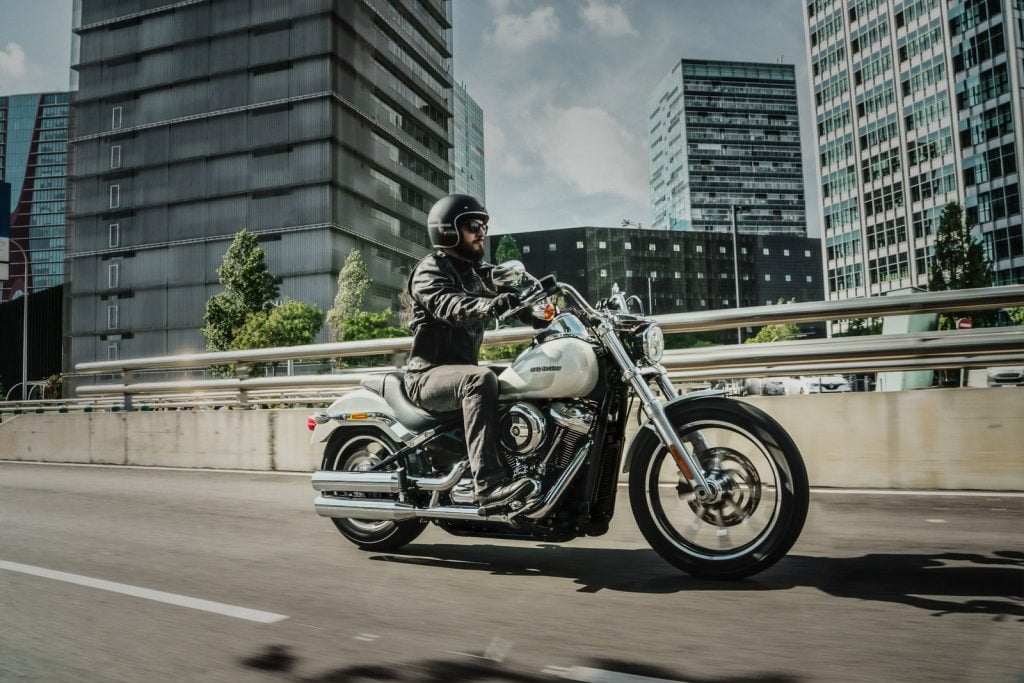 Is Harley-Davidson All American?

The brand is synonymous with Americana. The American legend is so intertwined with Harley-Davidson that the two share a similar story. However, as far as production values go, Harley-Davidson is NOT all America.

Many Harley aficionados think that their motorbike is a symbol of their patriotism. But it’s more likely that their Harley-Davidson is China-made. In February 2018, Harley Davidson executives met with President Trump at the White House. He gushed about the brand as “a true American icon, one of the greats” in a statement released before the meeting. He thanked them “for building things in America.

Harley-Davidson makes its jackets in the same place as the bikes, the engines, the accessories, and everything else Harley-Davidson stamps its logo on – wherever it’s cheaper.

It stands to reason that Harley-Davidson would have many manufacturing plants. However, you may be surprised to learn that the corporation has plants in York, Pennsylvania, Milwaukee, Wisconsin, Kansas City, Missouri, Adelaide, Australia, Manaus, Brazil, and Bawal, India.

Harley-Davidson made its jacket for style and, more importantly, protection. Here we are referring to

These features, plus the legacy of the Harley-Davidson brand, are why a jacket from this American icon is expensive.

Harley Davidson’s first jacket was the classic leather vest with the same basic design. This classic design is still sold today. But, over the years, Harley-Davidson has made several improvements to the jacket. Part of these improvements is in their design and durability. In addition, Harley-Davidson has made other changes to the jacket, including padding, the use of a different fabric, and a new style.

So, how much is a Harley-Davidson jacket?

On average, a Harley-Davidson jacket will set you back between $90 and $650. An HD jacket with a basic design (more on esthetics and less on protection) will be around $100.

What to look for in a Harley Davidson Jacket

Many variables will determine how much it’s worth when it comes to Harley Davidson jackets.  Some of these factors include:

The brand is essential. You want to know that the jacket you’re buying is a genuine Harley Davidson jacket.

A jacket with the Harley Davidson logo is a good indicator, especially if it’s validated by an original receipt, a tag, and a certificate of authenticity.

ALSO READ  Can You Ride a Dirt Bike on the Road? Laws & Regulations

The quality of the jacket is going to determine its value.  If you’re buying a Harley Davidson jacket for your son or daughter or yourself, you’ll want one that’s built to last; this is why jackets produced with high-quality fabrics are more expensive.

In the end, the brand will make a difference in the jacket’s value should you feel the need to resell it later.

If you want to sell a Harley Davidson jacket, do remember that its value  is affected by the following factors:

If you still have the original receipt, then the proof of authenticity is resolved. However, if you are selling a vintage Harley-Davidson jacket, chances are you won’t have the receipt with you anymore.

If you’re selling a vintage jacket, then you’re going to have to prove that the jacket is original. If it’s still available, the original warranty and tag of the jacket should settle the issue. Otherwise, similar to the approach of the famous TV show Pawnstars, you can get a person of authority to authenticate the jacket.

ALSO READ  How to hotwire a motorcycle - Start Without a Key?

Harley Davidson is one of the most popular brands of motorcycles.  They’ve been around for over a century and have significantly impacted the world.  Their jackets are a big part of their history.

A rare vintage Harley Davidson jacket can be worth more than its market value if you sell it to the right person – a Harley-Davidson fan and collector.

Harley Davidson jackets are popular because they’re comfortable, affordable, and easy to wear.  They’re a great way to make a statement and can be a status symbol.

That’s it for today’s blog on how much a Harley-Davidson jacket is. Check back later for more!