Why are Motorcycles So Loud? Mechanical Explanation 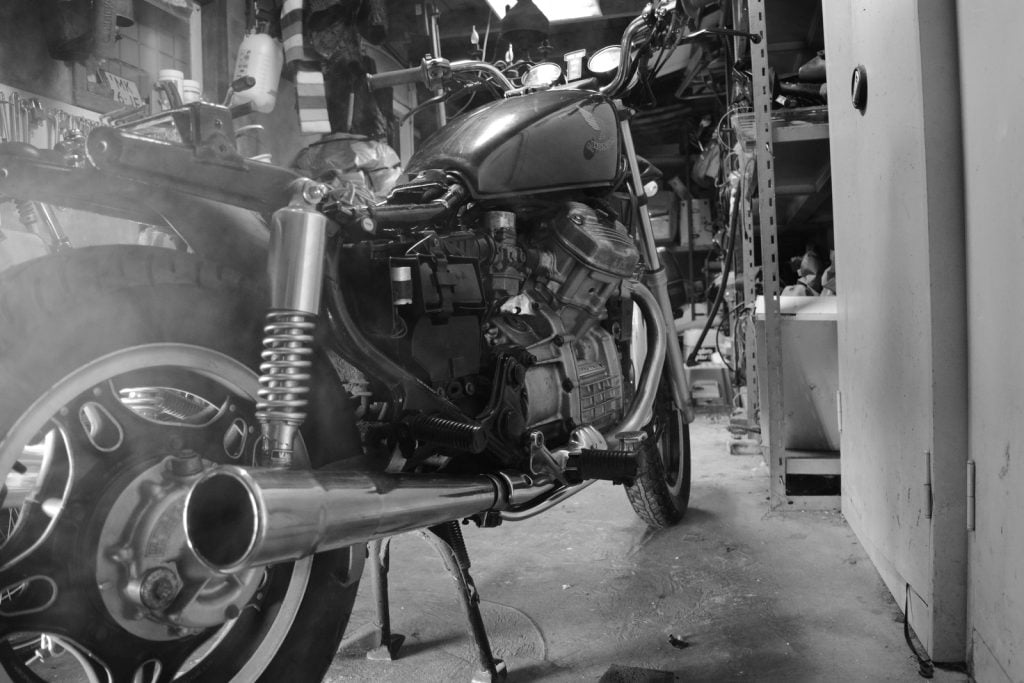 Visibility. This is one of the reasons why a motorcycle is loud, but it is not the only reason.

Motorcycles are small. If you compare them to other vehicles on the road, they are harder to see by other motorists. In fact, lack of visibility is the reason why a lot of motorcycles get into accidents. A car, trying to change lanes or turning into traffic fails to see an oncoming motorcycle, sending the rider flying into the air and crashing into something. The sight is always horrific if you ask me.

There are several reasons why motorcycles are loud. One of them is the exposed engine. They may be small, but they produce a lot of power and when a motorcycle passes by, what you’re hearing is the piston firing a thousand times a minute. In short, no compartment shields the noise coming from the engine.

Most automobiles have a long pipe, typically around 8 to 16 feet in length. This length helps suppress the loud noise coming from the engine. On the other hand, a motorcycle only has 3 feet of pipe, and often, it’s narrow. Therefore, its noise suppression ability is limited.

However, if you’ve been observing modern motorcycles, they are now quieter than they used to; this is because government regulation requires manufacturers to regulate the noise. Here is a table:

There was a time when motorcycles were made to sound as loud as possible. Still, due to complaints, in 1986, the U.S. EPA implemented a law regulating the noise emitted by motorcycles to 80 decibels or below. As a result, modern motorcycles no longer bother you when they pass by, but they are not entirely silent.

However, many riders prefer to hear the classic sound of loud motorcycles. Even at the risk of fines and penalties,  they remove the quieter stock exhaust and replace it with a more audible albeit more expensive after-market exhaust system.

Besides, many riders believe that louder exhaust systems save lives. Being able to hear an oncoming motorcycle can reduce the number of accidents on the road. It can give pedestrians more than enough time to clear the road before the bike passes, reducing possible accidents.

Motorcycle safety is something that concerns all bikers. Many riders use a famous slogan to defend their engines or exhaust noise to claim that loud pipes save lives. The problem with that slogan is that it doesn’t necessarily hold water; it’s merely another attempt at finding a silver bullet for a complex issue.

While some people may indeed feel that a loud bike is safer because drivers notice it sooner and give it more attention, others argue that being quiet is actually safer on the roads.

It’s true, loud motorcycles are not inherently safer than quiet ones. They may even be more dangerous if their sound makes it harder for other drivers to hear you.

But here’s a tip: if you want your bike to be as safe as possible, keep it on the quiet side and be a defensive rider.

Most street-legal motorcycles sold in the U.S. meet EPA noise emissions standards of 80 decibels. This means that while motorcycles are quieter than a lawnmower, snowblower, belt sander, or diesel truck, they’re still loud.

For comparison’s sake, we need to know how loud motorcycles are. A small motorcycle is typically around 50dB, while a large cruiser or touring bike is usually about 70dB. That’s a 1000 times difference. So if you’re riding a big bike, make sure you’re not clipping the back end when going over bumps, or it will sound a lot louder.

The quiet vs. loud motorcycle debate has been going on for many years. However, the truth is that there is no one correct answer. Both types of bikes are safe, but each has pros and cons.

We hope this article has answered your question about the quiet vs. loud motorcycle. We have also provided other resources to help you find the perfect bike for your needs.

Now that you know all the facts, what are you waiting for? Go out and find the perfect bike for you!

PrevPreviousHow to Downshift on a Motorcycle [Video]- Do it Right
NextWhy Does My Car Sound Like a Motorcycle? Mechanical Issues.Next