Where are Ducati Motorcycles Made (15 Facts about Ducati) 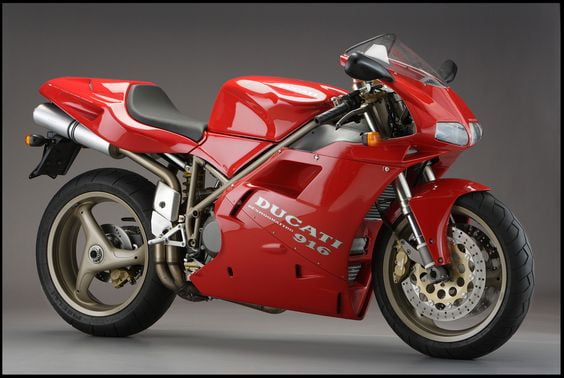 When it comes to making a splash on the road, there’s no better way to stand out from the crowd than with a Ducati motorcycle. It may be expensive, but it’s sleek, beautiful, and powerful. The Ducati is simply a work of art—but how did it get to be so great?

There’s no better way to start an article than with some fun facts! Let me share with you 15 astonishing facts about Ducati motorcycles, and I will tell you where Ducati Motorcycles are made. Let’s begin.

Ducati is an established brand name. It was first founded in 1926, but it wasn’t today’s motorcycle company. The founder of Ducati, Cavalieri Ducati, was a pioneer of the motorcycle industry. He had three sons, and they started the company in Bologna, Italy. The original name of the company was Société Scientifique de Radio-Brevetage Ducati.

2. They didn’t make motorcycles until later.

This radically different company produced radios, radio components, and other electronic appliances, not the Ducati motorcycles we know today. Ducati couldn’t make a name for itself as a motorcycle company until the 1960s.

3. The Factory Was Destroyed In WW2

A bombing run destroyed Ducati’s factory in Bologna, Italy, during World War II. In a strange twist of fate, this caused them to begin over again, reinventing themselves as a motorcycle company.

4. It was under new management repeatedly

Ducati motorcycles have gone through several owners since they were first built in 1926. In 1985, Ducati was bought by another Italian motorcycle manufacturer, Cagiva. Later on, Cagiva sold Ducati to Texas Pacific Group, a US-based investment fund.

Finally, in 2005 an Italian investment fund bought Ducati out, and it’s now one of the top motorcycle manufacturers globally.

5. One Of The Founders Worked With A Nazi Engineer

Speaking of inconvenient WWII-related facts, we bet that Ducati wouldn’t want anyone to know that one of the company’s founders worked closely with a Nazi scientist. Not just any scientist, but the rocket engineer Werner von Braun himself.

7. Ducati motorcycles in Japan are quieter

Ducati offers a quieter exhaust system to its clients in Japan than in other countries. Due to local noise requirements for motorcycles, Ducati must utilize a different, quieter exhaust system. So, if you own a Ducati Monster in Japan, you’re missing out on one of the prominent features of this bike.

No motorcycle is perfect, but if you’re into the whole Italian-inspired motorcycle thing, you’ll love the Ducati brand. They can be expensive, but they’re not as bad as people say they are. They can be a little unreliable, but if you look for a used one, you might find one that runs like a dream. If something goes wrong with your Ducati, you’ll need deep pockets to get the best parts and service.

9. Ducati’s First Motor Was Made to Motorize Push Bikes

Ducati’s products have changed significantly over the years. Although they are now known as a motorcycle manufacturer, they did not start making anything even related to motorcycles until 1946.

This is an example of a company that started by making something completely different from what they are known for today. The first motor they ever made was called the Cucciolo.  It’s nowhere near the motorcycles they produce today. It was just a small motor sold in a box that customers could assemble at home and attach to the frame of their bicycle.

In the early 1950s, Ducati sold more than 200,000 Cucciolos. By the end of the decade, the company had sold over a million of them.

10.  Their First Motorcycle Was Manufactured in 1950

11. Ducati Motorcycles Are Made by Hand

Ducati is different from most other manufacturers of motorcycles and cars. They use only the finest materials and employ highly skilled workers to make their products. And because their motorcycles are assembled by hand, this means that there is someone responsible for each stage of the process, and they sign off when each step is completed. They have to be thorough and never let mistakes slip through the cracks. However, this hasn’t slowed them down as they can produce one new Monster every 88 minutes.

12. They Have Won the SuperBike Championships Many Times

Ducati motorcycles have been ridden by some of the greatest professional riders of all time. The best motorcycle racer of our generation is Ducati. They have won the SuperBike World Championship on 14 occasions. Ducati has also won this championship twice as the manufacturer.

13. The Company Logo Has Changed Over the Years

One reason why the logo for Ducati has changed over the years is that the products manufactured by this company have changed so much. At first, the logo was just a simple white circle outlined in black with the company’s original name and the company’s symbol topped by a lightning bolt and two overlapping ‘S.’

When the motorcycle division was founded, they started using the famous two-gold-wing logo that topped a “D” in a laurel wreath and the words Ducati Meccanica Bologna. They changed this logo again in 1967 when the logo was simplified, and the famous scrambler wing was introduced.

However, in 2008, the Landor design studio from Milan proposed a new logo in the style of an inverted shield or “water drop,” We could see a curving line and the DUCATI inscription above. In Italy, red symbolizes victory and passion; hence, the insignia was designed in red. The writing and line were then made white, and the background was printed in red.

14. The Ducati Factory and Museum is a popular attraction.

One of the best things to do in Bologna is to tour the Ducati factory. It’s also a great place to visit if you’re interested in learning about the history of the company and the many artifacts that are displayed.

This is one of the most popular attractions in the world. It is estimated that over 600,000 people have enjoyed a tour of the factory and the museum since 1998.

15. And finally, here is the answer to the question “Are Ducati Motorcycles made in Italy?

Not Quite. It cannot be denied that Ducati is very proud of its Italian roots, but they have come a long way.  Nowadays, they’re not only making bikes in Italy. They also operate a factory in Thailand and work with a third-party manufacturer in Brazil. In all fairness, the third-party manufacturers only produce motorcycles for Ducati’s market.

Ducati has a geographically unique factory in Bologna, Italy, making the Desmosedici and Multistrada models. One assembly line is solely used to make bikes destined for the U.S., and the other is used for the rest of the world.