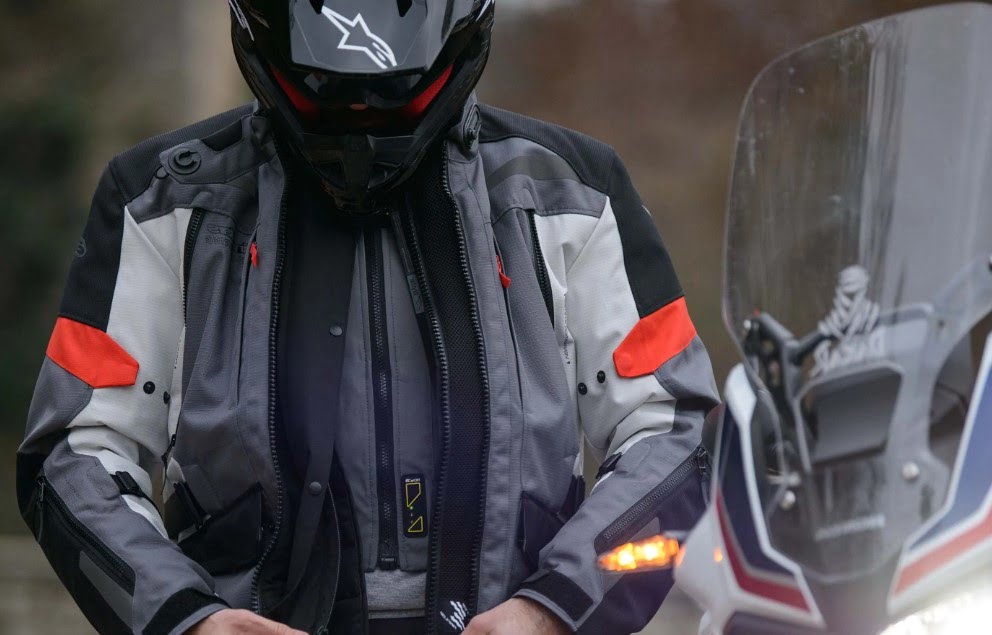 According to a federal report, traffic injuries are 30 times more fatal for bikers who neglect protective gear. Lack of protective gear and getting involved in a bike accident either result in severe head or neck trauma, severed spine, broken bones, concussion, or can prove fatal in most cases. However, you can avoid these consequences if you take caution and use proper protective gear to keep yourself safe.

If you haven’t heard of it before, and are wondering what it is, read on as we are going to give you a brief guide about it.

What Do You Mean By Protective Gear for Bikers?

Motorcycles are far more dangerous for commuting compared to a car or SUVs. Sure, this doesn’t come off as a surprise because you can’t protect yourself with a metal cage on a bike. Therefore, you need to use some form of protection by wearing the right type of gear that gives you maximum protection, including:

Make sure the helmet you pick is approved by your local authority, and opt for a full-face helmet as it offers maximum protection.

Wear goggles or some other sort of eye protection, not unless your helmet features a built-in visor.

This means leather jackets and leather pants. They do protect the wearer from road rash if you are thrown off the bike. It reduces the sting from road debris too. However, denim (and everyday clothing) won’t protect you. If you want to further improve your protection, then invest in a motorcycle airbag vest.

If you are investing in gloves and boots, pick those that are made from leather or protective fibers. Gloves won’t only protect you, but they also offer a better grip on handlebars. Similarly, some sturdy boots let you maintain your position on footpegs while you ride and protect you against burns.

These are used by motorsports athletes as they keep your knee and arms safe from being disjointed. They absorb all the impact and keep damage to a bare minimum, only leaving scarring or minor bruises if you get into an accident.

Do You Really Need All This Protection?

The airbag vest is still a new innovation when it comes to motorcycle safety. According to statistics, the momentum and trauma are severely reduced by 60%-80% because of these vests. These vests are tested against different surfaces and assure that you only get a few bruises (at most) on impact — no broken bones, abrasions, or head and neck trauma.

These vests are also weatherproof and can last up to two years if you don’t get into an accident. Even if you get in one, you will need to replace the CO2 canisters, and they will cost $20-40. It also depends on the model. It is a fact that newer models prioritize heavy protection for the spine and can now be triggered without any cable attached from the user to the bike.

ALSO READ  Does Carvana Buy Motorcycles? - How to Sell Your Bike

Unfortunately, there are two major issues that keep people from investing, and they wonder if the wearable motorcycle airbags are worth it or not. These are:

These vests have been in use for the last 30 years, but there has not been any expansive scientific testing. Unfortunately, only a few brands invest in testing their gear and focus on progressive results.

Users from Europe and Japan embraced jackets as compared to the US. This demand can increase if the price ranges between $350 and $700.

Even though these are some minor drawbacks, these issues keep people from buying a literal life-saving device. It doesn’t matter whether you use a tourer, chopper, superbike, etc. These vests offer you utmost protection against asphalt or any other hard surface.

What Are Wearable Motorcycle Airbags?

An airbag vest is a personal safety device or protective apparel that helps protect you against injuries if you get involved in an accident. You can wear it over or under your jacket. These are inflated via a CO2 cartridge and protect your bodies that will be most affected by the crash.

Usually, these vests come with a cord attached to them. This is basically a trigger, and I will explain how they work in more detail later. These vests have a cushion around the user’s shoulder, neck, chest, spine, and other important parts, minimizing the chances of getting injured.

If you wonder whether wearable motorcycle airbags are worth it or not, you should know every accident applies some force to the rider’s body, causing injury. But these vests distribute this force across the whole vest, which helps reduce and avoid injuries. Therefore, if you want superior protection while riding, you better invest in an airbag vest.

How Do Wearable Motorcycle Airbags Work?

There are three basic elements for an airbag vest to function, and they are:

These vests come in different forms and types, but all have one common characteristic: it connects the user to their bike through a tether cable, and when this cable breaks off or disconnects from the jacket or bike, it triggers the pressurized cartridge to inflate the vest. Well, it’s a bit more complicated as all vests feature an accelerometer (higher-end models come with additional three gyroscopes) that detects a crash right before the impact.

Sometimes, these vests also use a GPS unit. These sensors feed their data to the vest’s computer (brain unit) about 1,000 times per second. This is a safeguard to prevent the vest from a false deployment and ensure the vest works when needed because if one sensor detects a crash and others don’t, the vest won’t open.

Therefore, the technology is continuously refined to ensure it opens at the right time, not randomly. In other words, the vest won’t work if you drop it on the ground or crash at a very low speed. The computer works with an algorithm that is logged with a history of crashes, so it can evaluate when the crash is traumatic enough and needs an airbag to keep it from being critical or even fatal.

ALSO READ  How Often To Lube The Motorcycle Chain? Inspect To See

The system remains on standby mode and quickly inflates when needed. The vest is made with millions of tiny filaments, which connect to both sides of the airbag’s interior. These filaments facilitate constant and even distribution of the impact of the crash. On average, it takes from 45 milliseconds to 400 milliseconds to open.

There are different types of vests available, with some offering better protection against vital organs. The one used in racing competitions prioritizes the rib cage and collarbone. Some higher-end motorcycle airbag vests come with a backup charge or bag, meaning users won’t have to ride unprotected after the crash. So if you ever wonder, “Are wearable motorcycle airbags worth it?” Yes! If you are involved in an accident, having motorcycle airbags can be the difference between life and death.

What to Look for When Buying One?

These are the original airbag vests, also called tethered airbags. The technology is basic at best, but it’s still very effective to this date. This is attached to the chassis of the bike. In case of a crash, the cable is tightened, and compressed air bottles are actuated. This is an accessible system and perhaps quite popular with the masses. The inflation takes only a second to form the cushion before hitting the ground. It acts as a body splint that keeps the neck and spine immobile in falls, preventing bone dislocations.

Users prefer these jackets thanks to their simplicity, affordability, and cost-effectiveness. These vests don’t even use batteries.

These are the advanced type and are independent. These jackets feature gyroscopes and accelerometers (advanced sensors) on the rear of the airbag. Also called a smart/algorithm airbag system, this type is more sophisticated, which means it costs more. These airbags rely on sensors and automated systems. They come with gyroscopes, accelerometers as well as GPS telemetry. They also evaluate your speed and position and send the data in an algorithm, detecting a crash instantaneously.

When you are about to crash, the system inflates instantly, with a reaction time of 0.25 seconds. It inflates faster than mechanical airbags and can absorb most of the impact. Smart airbags detect the crash even if the user is stationary.

What to Look For?

The definition of the best airbag vest differs from person to person. One size doesn’t fit all because every user has unique needs. Airbag vests are best defined for their life-saving properties. Therefore, if you are thinking about buying one, then consider the following:

ALSO READ  What motorcycle should I get? Your Riding Style Matters

Look for reflective fabric as it makes you more visible to another motorist when you ride. In case you ride your bike often, try to go out at night and in unfamiliar territories. The reflective fabric will improve your safety.

The jacket should fit well because the proper fit will ensure absolute protection if you get involved in an accident.

Just like the fabric, your vest’s color should make you more visible. So, try opting for colors like red, orange, and yellow.

CE is an abbreviation of Conformitè Europëenne, which translates to European Conformity. The CE puts the protective properties and assures the product conforms to motorcycles’ safety, health, and environmental standards.

Were These Airbags Used in the Past?

The standard airbag found today as a standard feature in cars was already in development from the mid-1960s and had practical examples ready before the 1970s hit. The American automotive industry adopted them in the 1970s, while the European market did in the ’80s.

As for their motorcycle counterpart, yes, the first airbag system for bikers was introduced in 1976 and was invented by a Hungarian scientist, Tamas Straub. However, the first bike to feature an in-built airbag (fuel tank mounted) is the Honda Goldwing. Since then, it’s been an optional feature restricted to high-end and premium bikes.

But how did bikers protect themselves before airbags were incorporated into bikes? Surprisingly, motorcycle airbag vests are as old as airbags themselves. Tamas submitted the patent for these vests shortly soon after the submission of the first patent for airbags.

Back then, these vests were not popular with bikers. Instead, they were popularized by equestrians (horse riders). These vests went into production in the early to mid-1980s and were made as a safety standard in horse riding supports. It wasn’t until the late 1990s that companies started to produce wearable airbags or airbag vests for motorcyclists.

At first, most users didn’t see them as a lifesaver. Instead, it was dubbed an unnecessary expense, with most users questioning their importance and asking, “Are wearable motorcycle airbags worth it? and “Will these airbags save lives in an accident?” Still, these vests became a common sight in MotoGP and other professional motorcycle competitions in the following years.

So, are wearable motorcycle airbags worth it? Bikes are only as safe as your protective gear. They are not enclosed, so you are exposed to more serious injuries if an accident occurs. This makes it even more important for you to invest in a decent motorcycle airbag jacket. These jackets absorb most of the impact whenever it hits a hard surface from a set speed.

The jackets will keep you safe, assuring that your spine, ribcage, and neck area are intact. That’s why it’s highly recommended to do some research before buying protective gear for bikes. I hope this guide will help you recognize what wearable motorcycle airbags can do to your overall safety.