Speedometer Accuracy in Motorcycles – Does It Really Matter? 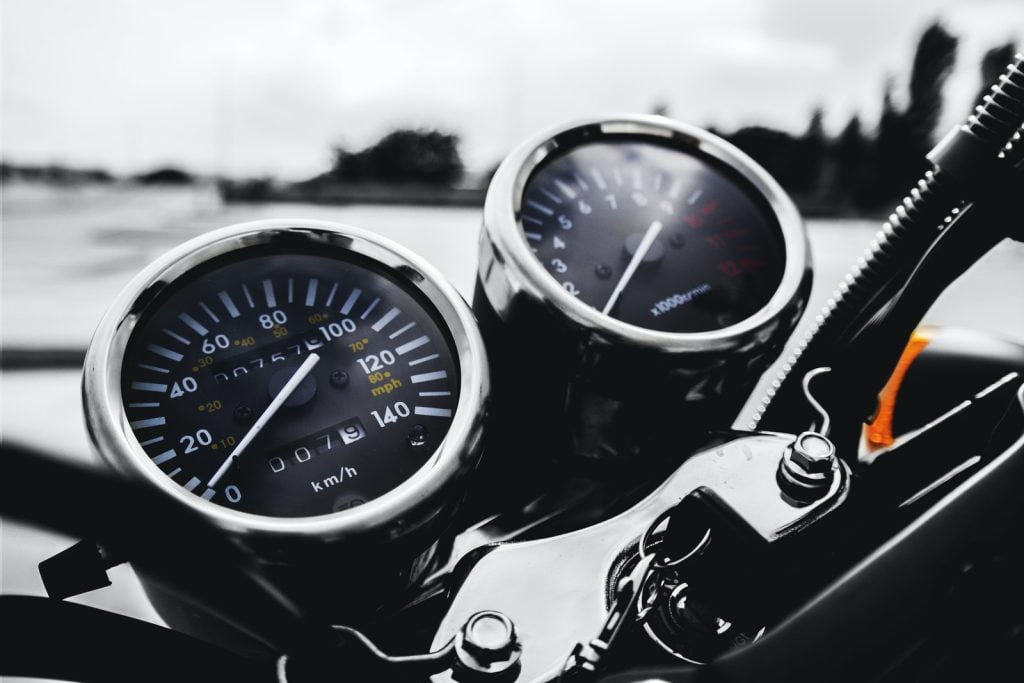 Many people don’t know that the speedometer on their motorcycle only displays approximate values. It is an estimated value that varies from model to model and even depends on riding conditions. Is it really possible to tell how fast you’re going just by using a motorcycle speedometer?

There’s a lot of information about the difference between speedometers on motorcycles. Some believe that a digital speedometer will provide more accurate readings, whereas others swear by mechanical speedometers. To get the low down on speedometer accuracy, let’s talk about that in this article.

When we’re driving on the road, we often find ourselves confused by a number indicated on the YOUR SPEED sign – it’s different from the one on your speedometer. Why is there a discrepancy?

If there is one accurate statement about the accuracy of a motorcycle speedometer, it is this: it is fraught with errors, and it’s unreliable.

This is not to say that all motorcycle speedometers are inaccurate. There are a few reliable ones, and most of them are American-made bikes.

Speedometers are either mechanical or electronic. A mechanical speedometer consists of a drive cable, magnets, a speed cup, a hairspring, and the terminal pointer needle on the dash.

ALSO READ  How to locate a Mailbox Order Wife

Whether mechanical or electronic, speedometers only show the motorcycle’s estimated speed and are not indicators of the vehicle’s actual speed.

GPS is a satellite navigation system that enables your phone or tracker to tell you where you are. It does this by calculating your location based on the satellites in space and their information. GPS is the most common navigation tool used today. It is available on almost every device, from smartphones to tablets and even cars and some motorcycle models.

The distance traveled is calculated by dividing the time it takes the vehicle to travel from one point to another. The number indicates how fast the vehicle traveled between the two points. If a vehicle’s position is used to calculate its speed, it is also called a positional speedometer. Source

Speedometers are usually composed of many mechanical parts and are prone to mechanical errors. Speedometers measure speed by indirectly being in contact with the tires. A tire change can change the reading, making it inaccurate. A typical example is a change in the tire’s dimension, then tire pressure, everyday wear and tear, temperature, and load.

If a customer puts on new tires or chooses to drive with a different set of tires than the manufacturer recommends, the speedometer must be recalibrated. Otherwise, the speed reading will be off. Most speedometers are calibrated to read higher than the actual speed. However, this could lead to accidents if drivers are unaware of the discrepancy.

The only difference between the two is that GPS uses a purely mathematical technique to measure the vehicle’s speed and is thus more accurate than a speedometer. That being said, there is a catch as well. When the motorcycle is traveling in a straight line and has a clear view of the sky, it is the best time to use a GPS device.

A clear line of sight is required because the GPS receiver must interact with satellites. GPS has no way of knowing how tight a turn is when the vehicle travels on the road with numerous twists and turns. Even though GPS readings can be relied on, they are not always reliable.

The instantaneous speed of the vehicle is one of the things that is missing from a GPS device. It only gives the average speed with a slight delay.

One thing is for sure: mechanical ones can be wrong. Even though GPS systems give more accurate data, the end result is only average and not real-time. The rider needs to be careful when he is on the road.

In brief, a speedometer is more accurate than a GPS device, but it can only give the average speed of the vehicle. It is recommended that riders always check the vehicle’s speed using a speedometer so that they can avoid accidents.

PrevPreviousRim Tape on Motorcycle Wheels [Uses & How to Install]
NextMotorcycle Stalling – Why Does It Happen? [How to Fix]Next