Motorcycle Transmission – How Does It Work? [Types + Video] 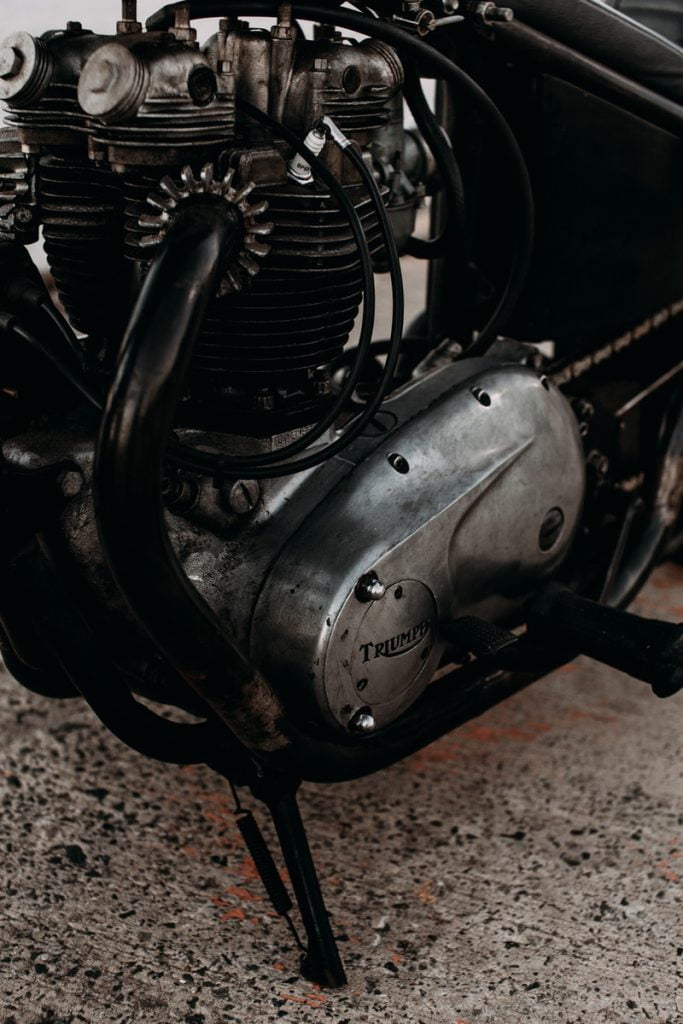 Motorcycles are one of the most common modes of transportation on the planet. It’s easy to see why! They’re fast, fun to ride, and excellent at getting us anywhere, anytime, or any day. Despite this, there’s a lot more to them. A case in point: the motorcycle transmission.

The motorcycle transmission is built into the bike itself. It serves several purposes: it’s designed to make the engine more efficient, ensure that it’s connected to the wheels at the correct rpm, and provide a safe clutch system that works well in all weather conditions. We’ll take a closer look at motorcycle transmissions in this article.

There Are Three Types of Transmissions

Most manual transmission two-wheelers use a sequential gearbox. Motorcycles typically use a clutch to engage the gears and the engine. You’ll use a clutch shift lever that controls the clutch and gearshift.

Typical motorcycle shifts from first to second gear directly, but the gears are shifted up through second, third, and fourth to fifth. Because there’s no way to get from second gear to fourth gear without going through third gear, it’s necessary to move through first gear before proceeding to second.

ALSO READ  Warming Up a Motorcycle - How Long Does It Take? [Video]

A five-speed transmission is known as a one down, four up gearbox because the pattern of gears (one down, four up) is positioned relative to the neutral gear. The position between the first and second gears is neutral, so you can shift directly between them with a single movement.

Except for mopeds, underbones, minibikes, custom cruisers, and exotic sports bikes with manual transmissions, automatic transmissions are uncommon in motorcycles.

Automatic transmissions have the following types:

Smaller motorcycles, such as minibikes and underbone (step-through), typically use centrifugal clutches, which are much less common than conventional manual transmissions.

The name “automatic” transmission is often misleading. Some automatic transmissions, such as those used in racing vehicles, will change gears automatically. However, the rider’s input is still required to shift into a higher or lower gear. In this sense, it’s not automatic.

A few high-performance sportbikes use a trigger shift system, a handlebar-mounted trigger, paddle, switch, or button, and an automatically operated clutch system.

Quick shifters are electronic devices that allow for clutchless upshifts (and usually downshifts) on high-performance motorcycles with a standard manual transmission.

An EFI works with a sensor and a microcontroller to cut the ignition and/or fuel injection for a short time, so the rider can change gears while the engine is running.

Reverse gear is not standard among street motorcycles. However, if you have a more than 360 kg or 800 lbs bike, it will be impossible to push it back if you are seated. As such, these bikes are fitted with reverse gear. An example of this bike is the Honda Goldwing and the BMW K1200LT.

However, the reverse gear in these motorcycles isn’t precisely the typical reverse systems you find in a car. It’s a feature in the starter motor, which, when reversed, does this function. The system is fitted with a separate control switch (e.g., a pull toggle at the head of the fuel tank when the bike is in neutral) to avoid activating the reverse gear.

A hand-operated gear change is an essential tool for any motorcycle rider. Still, it is also a vital part of driving safely. The most important thing to remember is that you could hurt yourself very badly if you don’t shift correctly. The best way to learn how to shift correctly is to practice, so spend time on the road learning.

What About Scooters, Underbones, and Mini Bikes?

Traditional scooters change gear with a twist grip on the handlebars’ left side and a co-rotated clutch lever. The moto-scooters are called “twist-and-go” because they are fitted with a continuously variable transmission. A three- to five-speed foot-shift lever is used by underbones and minibikes. This transmission type requires the gears to be manually shifted by the rider.

ALSO READ  Do Motorcycles Have a Radio? Best Way To Listen To Music

The importance of knowing how a motorcycle transmission works is highlighted by the fact that most motorcycle deaths are caused by the rider not being able to shift gears.

PrevPreviousMotorcycle Stalling – Why Does It Happen? [How to Fix]
NextWind Deflector for Motorcycles – Does It Work? [Pros & Cons]Next