Motorcycle Muffler – Why Do Motorcycles Have It? [Uses] 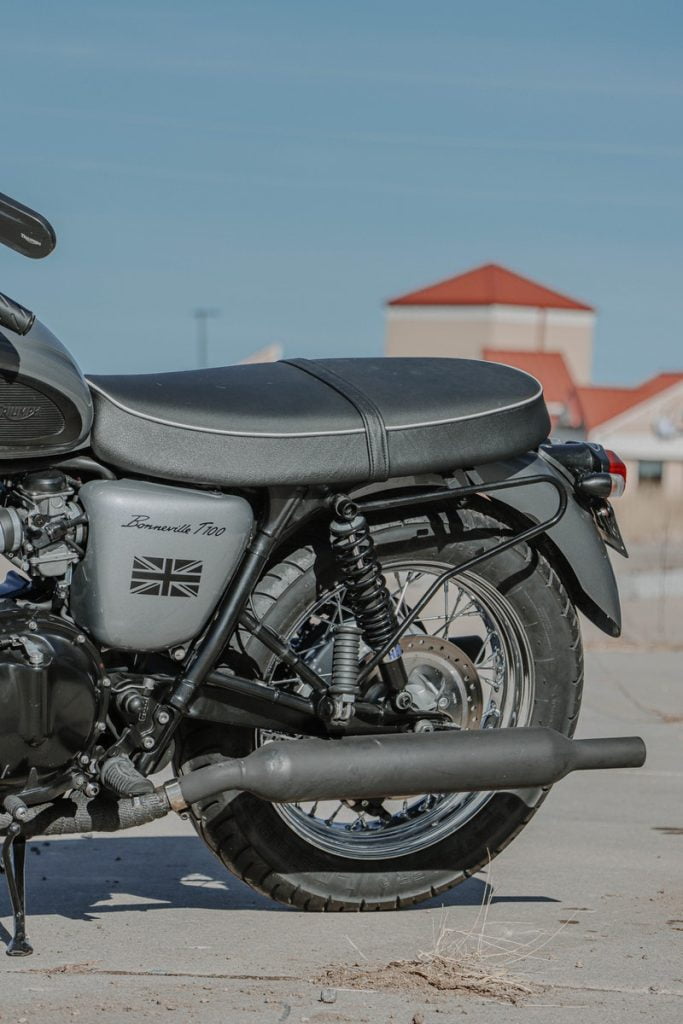 While we were kids, there were times we must have thought that only old and haggard motorcycles produced loud, deafening noises. The basis for that would’ve been: since the motorcycles are old, they now have more mechanical problems. While we cannot rule out this possibility, it isn’t the primary reason for a motorcycle’s noise. Motorcycles are very loud automobiles. In fact, they are much louder than cars. The reason is that their engines are more powerful and are built for higher performance.

However, this noise is curbed with the help of the muffler. The muffler is designed to reduce the noise that accompanies the combustion process in the engine. The sound of the muffler has become minimal over the years. These days, you can barely hear anything while riding your BMW or Kawasaki Ninja. While you may think this is the new norm, some people would do anything to get the sound again. Mufflers do not work on their own. They are a part of the greater exhaust system. To understand how mufflers work, we’ll first understand the motorcycle exhaust system.

How Does a Muffler Work?

As you’d agree, the motorcycle’s engine is what powers it for performance. However, it could never do it alone. The process would be dreadful and accompanied by so much pollution. As your motorcycle engine works, its combustion chamber releases exhaust in the form of toxic gases. And this process is characterized mainly by a loud noise. This is where the muffler comes in.

The muffler is installed inside the motorcycle exhaust system in internal combustion engines. The exhaust system uses acoustic quieting to reduce the sound that exits the engine. Acoustic quieting is a mechanical term for decreasing vibrations, so users or observers only hear a minimal sound. Picture a musical instrument where you blow air into it, producing sound. In the same way, exhaust enters and travels down an exhaust pipe. However, the sound produced here would be minimal.

Mufflers are made with materials that absorb sound. Their inner parts are lined with fiberglass insulation and, sometimes, resonating chambers. This allows the sound waves produced by the exhaust gas exit to cancel each other out. This phenomenon is known as destructive interference.

The structure and design of the exhaust system prohibit the quick release of exhaust gas. This has a more significant effect on the engine than many think. Its inability to release these gases at its pace leads to a minimum reduction in its efficiency and performance. And this has become the main reason people tend to replace their mufflers.

They opt for mufflers without acoustic chambers hoping to help their bikes breathe better. Although there are laws guiding the alteration of mufflers, they are not effective in many places globally. However, noise pollution is strictly monitored in countries like the United States, Australia, and Canada.

There are laws manufacturers must follow if they hope to sell their bikes in these countries. In about seven states in the US, modification or increase of the muffler’s sound is prohibited. This is why we often advise riders to check with their state laws before installing aftermarket mufflers.

Why Do Motorcycles Have Mufflers?

There are only a few reasons why motorcycles have mufflers. However, their importance cannot be overemphasized. Before you modify or replace your motorcycle’s muffler, you should consider why manufacturers put them there in the first place.

Motorcycles are built with very powerful engines and need a counter system like the exhaust system to curtail the pollution its by-products bring. You must know how loud these automobiles can get if you’ve ever tried to ride your motorcycle without its muffler. Imagine every bike in the city not having a muffler. We all would most likely be using hearing aids by now.

However, some people still prefer the sound that motorcycle engines produce — especially people who have ridden the V-twin cruisers before. According to them, there’s a thrill that comes with engine noises. It makes them feel alive and aware. A few years from now, there’ll probably not be any motorcycles like that anymore. With manufacturers like Harley-Davidson, also known for sound calling for a change, the only solution would probably be aftermarket exhausts.

Noise pollution is a massive crime in some places globally. Depending on where you live, you could get arrested for owning a motorcycle that sounds louder than average. Many developed countries frown strictly on aftermarket mufflers or loud motorcycles. This could also be a state factor as most of these sound regulations are left to the states to create and enforce.

Motorcycle manufacturers want to make money as well. This is why the last decade has seen a considerable reduction in the production of lousy bikes. Manufacturers are now developing newer methods to maintain the bike’s performance while eliminating the sound. This way, performance enthusiasts won’t have much of an excuse for a muffler replacement.

A motorcycle with no exhaust system does more harm than good to your health. Before you disagree with this, are you familiar with the exhaust gases that your bike releases? Your internal combustion engine releases heavy doses of harmful gases like carbon monoxide, carbon dioxide, nitric oxides, unburned hydrocarbon, etc. Depending on your motorcycle’s model and the engine quality, the percentage of these gases could vary.

Your motorcycle exhaust system is designed to keep these gases away from you. People with health conditions are strictly advised not to ride motorcycles without mufflers. They could inhale these gases and end up in a worse health state. And the rider could get his clothes and footwear burned by the hot pipe. Apart from these, driving an extremely loud bike could affect your hearing.

The muffler may have just one side effect — reducing the release flow of exhaust gases. However, motorcycles without mufflers are at enormous risk. When you ride a bike without a muffler or with a short pipe, cold air can enter when you suddenly release the throttle. This cold air meets the exhaust valves, which are burning hot at the moment, and damages them.

Your bike starts to develop other mechanical problems in the long run. Apart from these, a change in the motorcycle’s backpressure could affect other systems like the ignition. These days, motorcycle engines are pretty selective of mufflers. If you change your exhaust system without proper guidance, you could attract more problems than you can handle.

Can I Increase the Sound of My Muffler?

Of course. If you are a performance enthusiast or enjoy the fast and furious feel, there are solutions. Since your motorcycle’s exhaust system is removable, you can always make modifications or replacements. Some proven methods to increase the sound of your muffler are:

However, before attempting to increase the sound of your muffler, be sure your state rules do not prohibit the replacement of mufflers. It is also advisable that you do not repair or replace your mufflers yourself unless you’re an auto technician. If you’re not, get to an auto shop with your bike. Ask the technician to take a look to see if any modifications can be made to your stock exhaust system.

Depending on the bike’s model and engine, technicians could have valuable hacks to tune its sound. If nothing can be done to modify it, suggest a replacement. After examining your bike, the technician will tell you if it’s feasible. They will provide you with options to choose from and enlighten you on the side effects of each.

When you begin your quest to increase the sound of your muffler, you’ll mostly come across two options: one is the only muffler replacement, and the other is the replacement of the whole exhaust system. This isn’t much of a dilemma if you know what to look out for.

The motorcycle industry is as a trendsetter as the fashion industry. Improvements are made now and then to existing motorcycles. This is done so frequently that different versions of the same bike are manufactured in one year. However, there’s still one trend it’s yet to fully arrive at — the installation of mufflers that do not affect the flow of exhaust gases. Hopefully, we’ll get there soon. Until then, be sure to maintain other motorcycle components well for optimal performance.