Is a Dirt Bike a Motorcycle? What Makes The Difference? 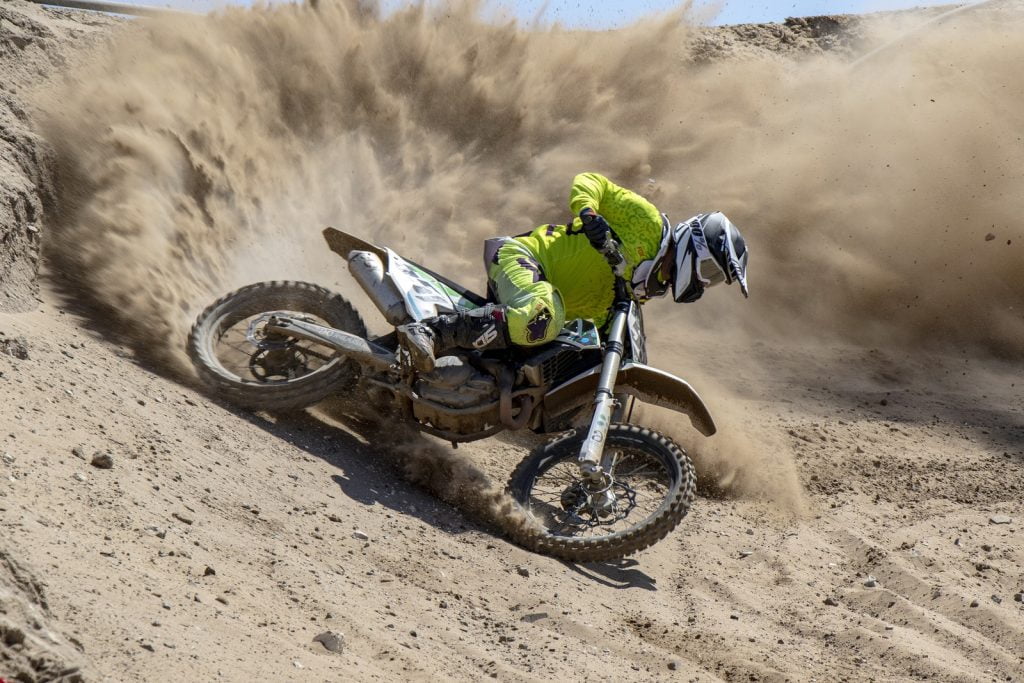 There are numerous advantages to owning a dirt bike, making this motorcycle appealing.

I’ve had my eyes on a dirt bike for a long time now. I’m a huge fan of bikes, and I love the thrill of riding one. However, I’ve noticed that many people don’t know the difference between a dirt bike and a motorcycle. So today, I thought we’d look at some of the differences.

It is a two-wheeled vehicle with no pedals and is run by a motor. So, both the motorcycle and a dirt bike are the same in this definition. However, motorcycles can be distinguished from dirt bikes by design and function. Here, let’s take a closer look:

ALSO READ  Can You Ride a Motorcycle While Pregnant? Safety First

Although both the dirt bike and street motorcycles are motorized vehicles, legally, they are VERY different. For one, most states do not allow dirt bikes on street roads. Dirt bikes are not equipped with regulation accessories such as headlights, turn signals, horns, side mirrors, and switches. For most states, a dirt bike is exclusively an off-road vehicle.

However, one version of a motorcycle is flexible enough to handle both the smoothness of a street and the demands of rough terrain; it’s called a dual-sport bike.

Although it has dirt bike capabilities, note that a dual-sport motorcycle is a large motorcycle. It won’t be as quick as a dirt bike made for speeding around dangerous race tracks.

A difference in safety

There is a huge difference in the riding approach, which also means safety-wise, there is a difference. Both motorcycles can be dangerous; however, they can be mitigated with proper training and discipline. The key here is to react correctly and promptly in certain situations that might put you at risk. For instance, wearing the appropriate riding gear, observing defensive riding, using your training and skill when riding, et cetera.

Should you buy a dirt bike or a street bike?

It really depends on your goal. Do you want more off-roading or street riding? Why not get both if money isn’t an issue?

The important thing is you buy the type of ride with the purpose in mind. You can use a street motorcycle for commuting to work daily. You can use a dirt bike to pound the dirt and jump around obstacles on weekends.

A difference in skill

Learning to ride the two motorcycles will distinguish between safety, comfort, and riding efficiently. Just remember, take it slow if you’re still learning how to ride a  street motorcycle or a dirt bike.

Places where dirt bikes are off-limits

You can’t ride a dirt bike on city streets because they’re not designed for it, and the tires will quickly wear out.

You might also discover that your vehicle isn’t allowed on certain sidewalks. Even though it’s only a short walk to the building entrance, you may find that you can’t park there.

Certain states do not allow dirt bikes to be ridden on residential and city streets. So, to avoid getting fined and penalized, make sure you do your research before you ride your dirt bike in your neighborhood.

The most significant difference between a dirt bike and a street motorcycle is the off-road capabilities. Dirt bikes are meant to jump around, flip, and go off-road, whereas street motorcycles are designed to handle on-road situations.

ALSO READ  Is Owning a Motorcycle Cheaper Than A Car? [Chart Compare]

On the whole, dirt bikes are more fun to ride. Still, if you’re looking for a reliable motorcycle for commuting, then a street motorcycle is a better option.

This is the best motorcycle to get for commuting and a fun weekend ride. It’s an all-around motorcycle that will get you where you need to go.

I hope I was able to help shed light on dirt bikes and their difference compared to a street motorcycle. Whatever ride you’ve chosen, always remember to ride defensively, be on proper riding attire, and think about your safety.