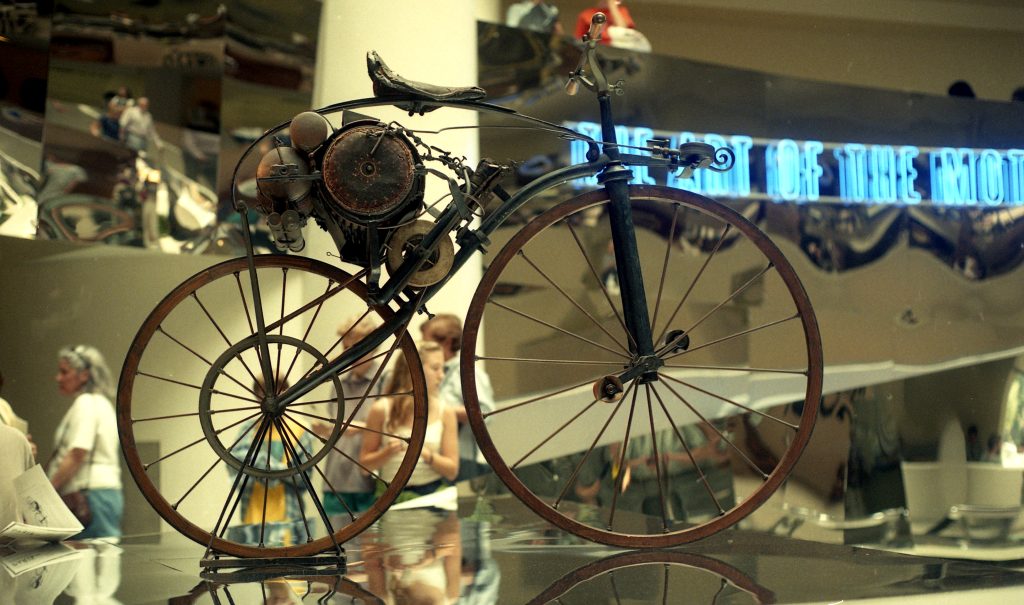 Dirt bikes are all about the thrill of speed, but they’ve become so much more than just speed vehicles. They’ve become vehicles of enjoyment.

It is not easy to find the inventor of the dirt bike. For one, history is not clear — it’s possible that the wrong person was credited with inventing the dirt bike. If there’s one thing for sure, a dirt bike is just a modification of an already existing motorcycle.

As soon as the first motorcycles were sold, owners started to modify them. Depending on the idea of the rider doing the mods, it was meant to either make the bike faster, sturdier, more fuel-efficient, lighter, or both.

Short answer: the dirt bike was presumed to have been invented in 1914 by Siegfried Bettman, a bicycle, motorcycle, and car manufacturer and initiator of the Triumph Motorcycle Company. His plan was to make the bike more versatile and suitable for off-road use. However, the dirt bike’s popularity boomed in the 50s, courtesy of Soichiro Honda’s efforts to bring them to the market.

Some Background on the Invention of the Dirt Bike

It is said that the first motorized bike was invented in France in 1860. It was called the Michaux Perreaux steam velocipede. A Louis Guillaume Parreaux steam engine was attached to a Pierre Michaux bicycle, turning it into a motorized bike. It was a single-cylinder motorcycle fueled by alcohol. A steam gauge above the front wheel and a hand controller lets the rider start and stop the steam that moves the bike forward. Unfortunately, the production date of the said bike is not known.

ALSO READ  Where Can I Ride My Dirt Bike Legally? Consider These Laws

The Roper steam velocipede is another supposed first motorcycle, named after its inventor Sylvester H. Roper from Roxbury, Boston, Massachusetts. Like the Michaux Perreaux bike, no one knows the actual production date. The only thing definite is that it was made sometime between 1867 and 1868.

Yet another origin of the dirt bike is courtesy of the effort of two German inventors who created a vehicle that would allow the riders to use the bike in the countryside. The idea was to create a vehicle that would enable people to travel long distances without the need to stop at a gas station.

This is the Daimler Reitwagen. Gottlieb Daimler and Wilhelm Mayback produced it 20 years after the Michaux Perreaux steam velocipede. The Daimler Reitwagen was the most advanced of the two other contenders compared. In fact, it’s closest to the bike that we know today.

In 1914, Siegfried Bettmann of  Triumph Motorcycle Company started modifying motorcycles sold in the market then. He wanted to create a new model, and his idea was to produce a bike for off-road use. Although he managed to introduce it to the market, his modifications weren’t performing as expected. He tried to modify the motorcycle by lowering the suspension, but this proved unsuccessful. In short, Bettmann’s first attempt at a dirt bike was a failure.

Between 1914 and 1950, there was virtually zero progress in terms of the dirt bike’s evolution. However, it was in the 1950s when the motorcycle became uber-popular. Motorcycles were manufactured from scratch and stopped being a simple mod from mass-produced street bikes in this period.

This gave the dirt bike a second chance. Riders wanted a motorcycle that could be used both on the dirt and on the pavement. Do note that during this time, roads were unpaved. Ergo, creating a bike that performed well on this terrain was crucial.

Honda became the first company to manufacture dirt bikes on a massive scale. Soichiro’s effort transformed the motorcycle into a mainstream mode of transportation during the 50s and 60s.

Honda’s innovation resulted in modern models of dirt bikes. What is best about it is that it was available to everyone. Honda reinforced the suspension, added bigger tires, and had better traction. As a result, Honda’s dirt bike became popular. Although Honda is not credited as the inventor of the dirt bike, their improvements were a tremendous help in the dirt bike’s popularity.

Yamaha was a real innovator. The brand revolutionized motocross sports and introduced the DT1 bike in the 1970s, a model that gave birth to dirt bike racing. The DT1 was designed for any terrain. Due to its design and performance, the DT1 quickly became the standard upon which succeeding dirt bikes were created. To this day, Yamaha’s dirt bikes are still iconic because of their design and winning ability.

Honda and Yamaha weren’t the only contributors to the success of the dirt bike. Suzuki started creating and selling motorcycles in the 1940s. Their goal was to respond to the people’s need for a lighter, smaller mode of transportation. Their first models were bikes with a 36cc 2-stroke engine. In the 1950s, they started offering dirt bikes to the market.

On the other hand, Kawasaki was an air manufacturer before they delved into motorcycles. Their first bike was released in 1963.

Reading about the history of the motorcycle or the dirt bike is a fascinating activity. Indeed, the dirt bike is not the only invention that has changed the way people travel. But it is a fantastic invention making history from the beginning. The dirt bike has given birth to new sports, events, and innovations.

We hope you have enjoyed reading about the history of the dirt bike. If you have any questions or feedback, please let us know. We would love to hear from you.