How to Downshift on a Motorcycle [Video]- Do it Right 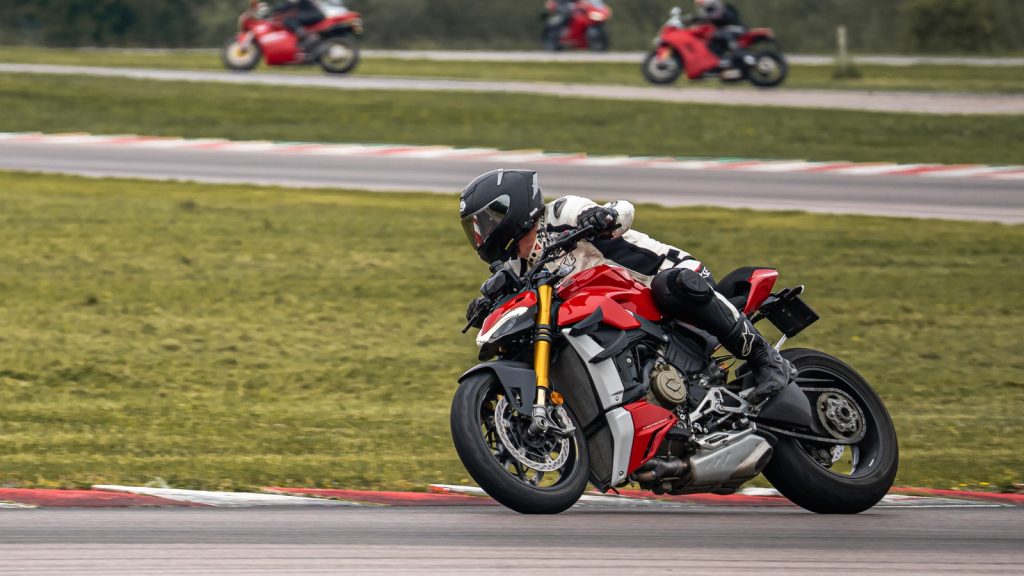 There are many things you need to master when riding a motorcycle, from balancing to properly turning, braking and acceleration, and combining the clutch with an up or downshift.

Downshifting or shifting gears, in general, is one of the most challenging maneuvers to master for many new riders. It can take a long time to feel confident shifting from first to the highest gear and vice versa.

Why is there a need to downshift?

Decelerating is the opposite of moving gears from 1 to 6 on motorcycles. It’s a preparation to slow down in turn and eventually stop (e.g., at an intersection).

Moreover, downshifting is a technique used to maintain a constant speed when going downhill. It is also an essential but fundamental step to riding a motorcycle that a novice rider needs to perform.

Getting used to how a motorcycle works can make downshifting scary for many people just learning how to ride. The first time I downshifted, I was nervous. But once I got over the fear, I realized it was easier than I thought it would be.

For many professional riders, winning a race is paramount. Therefore, executing perfect turns in preparation for maximized speed on a long straightaway is the key to winning a race. With this comes the mastery of downshifting.

For street riders, it’s precisely the opposite; they rush through the corner and accelerate right on the edge of the road. A disaster in waiting.

The optimal way to do cornering is to match engine rpm to the rear-wheel speed with a short-rev or blip of the throttle before the clutch is re-engaged in the lower gear. Every motorcycle rider can do this. However, it requires repeated practice. There are certain benefits:

ALSO READ  You Need These Accessories For Your Motorcycle [ List ]

The extra benefit is that correctly downshifting will save you from embarrassment during a track day and that you will be able to downshift at an angle, a common practice in a race track. Therefore, if there is one skill that a rider needs to master, it is blip downshifting or rev-matching.

Admittedly, this is an advanced move. That’s why it requires mastery. Also, I’m sure you’ve heard of a motorcyclist approaching a turn or preparing to stop, and they do so in an annoyingly loud manner as if they’re attempting to attract attention. Well, this isn’t the case. Those loud motorcycles are, as you guessed it, rev-matching because it’s useful when you need to downshift quickly.

Truth is, despite the need for mastery, downshifting is a fundamental requirement you, a rider, need to learn to operate a motorcycle. How do you downshift? The process is straightforward, but the timing is what makes it challenging.

ALSO READ  When Driving Behind a Motorcycle, Drivers Must [Do This]

Should I downshift while Stopping on a motorcycle?

Downshifting when you’re about to stop is essential for your safety; this means that you can shift into a higher gear and speed off in an emergency.

Also, every gear has a recommended speed:

Please note that the speed indicated above isn’t a hard and fast rule. Experienced riders listen to the motorcycle engine and change the gear accordingly rather than observe the speeds listed. This becomes second nature to you as you improve your riding skills over time.

Notes on each gear:

First Gear: The purpose of this gear is to put your bike in forward motion from rest mode. Unless you are in a steep incline, you will never use the first gear to ride. When you are in the first gear, the ride will be jerky. What sets the first gear apart from the rest? This is one gear down while the rest is all up.

Neutral: This is between the first and second gear, and it’s named as such because no gear is engaged and you’re not moving. If you put your motorcycle on neutral, the engine will not die on you, and you will be able to park it.

Second Gear: You can engage this gear when riding in slow traffic or crowded place. The second gear is smooth and doesn’t have the jerky movement you will experience in the first gear.

Third Gear: As mentioned above, the third gear should be engaged between 30 to 40 kph, but you have to feel the engine.

Fourth Gear: Although this gear should be applied between 40 to 50 kph, the rule on the third gear applies. You have to feel the engine revolution and engage the 4th gear appropriately. The fourth gear is the start of the motorcycle’s speed and could result in an accident if the rider is not careful.

Fifth and Sixth Gears: This gear is highly advisable if the road is straight smooth, there’s hardly any traffic, or if you’re on the highway. The speed you achieve in this gear is risky, even deadly. Be ready to shift down when the situation calls for it.

Now you just need to practice it. It’s best not to overthink it. Read the steps and apply them when you practice.  To really improve your gear shifting and control of your motorcycle, try to stop your front wheel in a particular spot when you practice. This will help you get better at riding.

To ride your motorcycle in traffic, you’ll have to develop some new skills. You’ll have to practice riding in different conditions, especially in an unfamiliar location. Practice with an instructor or other experienced motorcyclists to get feedback on your techniques and adjust them as needed.

PrevPreviousHow Fast Can A Motorcycle Go? [Video] Some Can Go 200 MPH
NextWhy are Motorcycles So Loud? Mechanical ExplanationNext