Deer Whistles for Motorcycles – [Do They Really Work?] 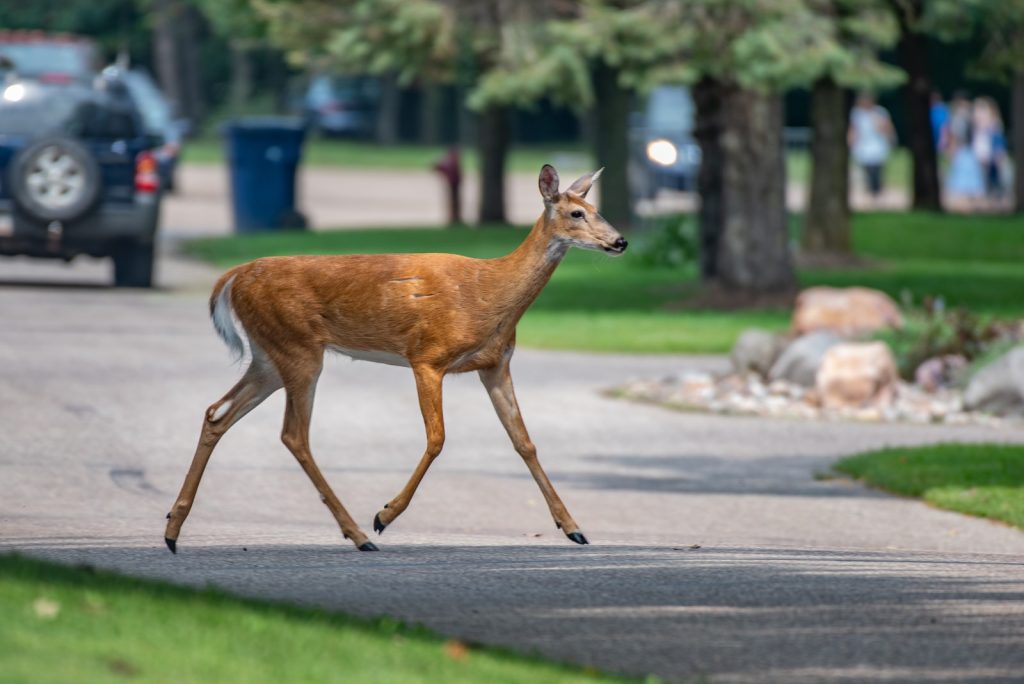 Deer whistles are a controversial topic. They were initially invented as a way to keep deer away from roads, and they’ve been marketed as such ever since. However, there’s a lot of debate about whether deer whistles actually work on motorcycles.

To know if a deer whistle works on a motorcycle, you must first know what they are and understand how they work.

What Are Deer Whistles?

A deer whistle is a device that emits a high-pitched sound that only deer hear. Deer are very sensitive to the sounds that other animals make, so they avoid places where those sounds might come from.

Deer whistles can be purchased at many sporting goods stores, and they can also be found online. These whistles work by emitting a noise that is higher than the range of human hearing — about 18 kHz (more than 100 times higher than the highest note on a piano).

Deer are not usually aggressive animals unless they feel threatened or cornered, which is why these devices effectively keep them away from areas where people live and work.

How Do Deer Whistles Work?

These whistles are designed to emit a high-pitched noise that’s supposed to scare away deer and other animals. They’re usually made of metal and hang from your car’s rearview mirror or handlebars. The idea is that when you’re driving through an area with animals, they’ll hear the whistle and be scared away by it.

However, this only works if the animal has acute hearing — which many do not. Deer have very good hearing, but they aren’t particularly sensitive to high-pitched sounds. In fact, most animals can’t hear those frequencies at all!

So while the whistle might frighten a deer off the road in front of you, it won’t make any difference if there’s another animal behind you or next to you on your bike.

With or Without Deer Whistles on Motorcycles – What Does Research Show?

Research has shown that deer whistles have a negligible effect on reducing the frequency of deer-motorcycle collisions. In one study, poor design and/or documentation of the before-and-after studies produced dramatically conflicting results. The study generally concluded that deer did not react to vehicle-mounted air-activated deer whistles. Also, hearing the sound from these devices might be difficult when combined with typical vehicle roadway noise levels.

Researchers from the University of Georgia, led by Sharon Valitzki, conducted an evaluation of the effectiveness of deer whistles and came to similar unsatisfactory conclusions.

The results of these studies suggest that it is unlikely that deer whistles will help prevent motorcycle crashes with deer.

Although there are many research studies on deer whistles, Purdue University published a study in 2018 stating that the data was, at best unconvincing. Findings from their research reveal that deer whistles are ineffective. You can take a look at another study on deer whistle effectiveness here.

Why Do Some People Still Believe in Deer Whistles?

Some motorists swear by the effectiveness of a deer whistle; however, statistics show that the average speed of these drivers is 32 miles per hour, despite the fact that certain drivers swear by the deer whistle.

The majority of people who are convinced that deer whistles work do so when riding through rural areas, which have speeds consistently over 30 mph. So, drivers of cars or trucks, including motorcyclists, may find deer whistles more beneficial when they are in locations where their speed is consistent enough for the deer whistle to work at its best.

How to Avoid Deer Collisions Without Using Deer Whistles

The truth is that deer collisions are scary and dangerous. If you’re driving a car, you can easily avoid them by going slower and being more alert. But on a motorcycle? It’s not so easy. But don’t worry! With the helpful tips below, we’ll show you how to avoid deer collisions while riding your motorcycle.

Deer are unpredictable and can pop up anywhere — even in the middle of the road! Therefore, keep an eye out for their tracks and listen for rustling in the bushes. If you think there might be a deer nearby, slow down so you can react quickly if one suddenly appears on the road ahead of you.

2. Look Out for Warning Signs

Deer-crossing signs are posted along many rural roads during deer season. Slow down as soon as you see one of these signs and watch out for deer crossing signs along well-traveled highways as well — they’re often placed at spots where there are lots of deer crossings!

3. Be Extra Careful at Dawn and Dusk

Once the sun has set, it can be harder for deer to see motorcycles coming from behind them; this makes them more likely to dart into traffic without looking first!

4. Don’t Rely Solely on Your Headlights

Even though headlights are great for helping other drivers see you at night, they won’t always illuminate the road ahead of you — especially if trees are obscuring their light source! So be sure to use your high and low beams if possible (this will also help keep battery life up).

5. Be Extra Cautious in the Fall and Winter Months

Deer are most active this time of year, so be extra vigilant when riding in rural areas or on country roads. In addition, make sure your bike is equipped with lights that work properly — they help other drivers see you at night and make it easier for you to see deer before they get too close.

It’s common for deer to migrate in the fall, between October and December. At this time of year, few motorcycle enthusiasts venture out on the open road. Motorcyclists, on the other hand, should keep in mind that deer migration occurs throughout the year.

Deer whistles are a popular choice when it comes to protecting your bike from deer collisions. But do they work?

Deer whistles are not effective in preventing collisions with deer on motorcycles. As far as I’m concerned, there’s only one way to protect yourself from deer when riding your motorcycle — stay alert and watch out for them at all times!

Ultimately, there is no one-size-fits-all solution. Basic common sense and defensive riding are key.

PrevPreviousCan a Motorcycle Fit into a Truck Bed? [Bike Types + Video]
NextMotorcycle Helmet – [Can You Use It for Snowmobiling?]Next