Can motorcycles stop faster than cars? Not Likely – See Why 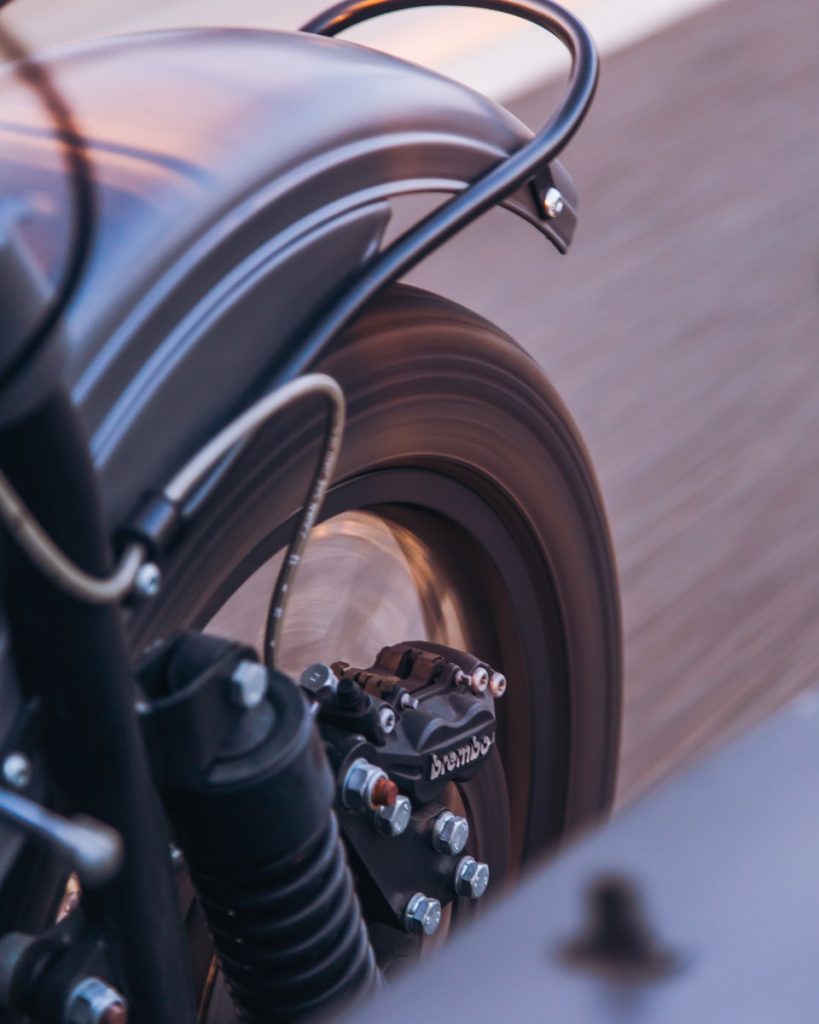 Motorcycles brake just as well as cars. It’s worth noting, however, that there are some differences between the two and what makes one better when it comes to braking effectiveness.

Motorcycles are indeed lighter and more agile than cars. They’re better at navigating obstacles and traffic than cars, but did you know that their maximum braking capability is nearly identical?

A motorcycle that stops faster than a car is a myth. People often associate the size of the bike with having better control over stopping the motorcycle. However, the power-to-weight ratio is a tricky thing. If you think about it, cars have a mechanical advantage in stopping.

Some motorcycle riders even argue that motorcycles brake faster than cars because of their lower weight.

However, this claim is false for a variety of reasons. While it’s true that motorcycle manufacturers have built more powerful, lighter frames and better brakes, it is also true that there are many things to think about when you brake on a bike. To name a few, the rider’s level of experience, how much weight the bike has, the weight of the rider, the condition of the brake and suspension, et cetera.

Believe it or not, a car that weighs more can brake faster than one that weighs less. Note that a vehicle is equipped with many different safety systems that allow the driver to react more effectively. For example, if you’re traveling at 60 miles per hour, you need to slow down by about 20% to avoid a collision. In contrast, a motorcycle rider needs to apply the brakes at a much slower speed to avoid crashing.

ALSO READ  How Long Do Motorcycles Last? - This is What Matters Most

What Does the Expert Say?

Jeromy says that the car has significant aerodynamic downforce, which puts more weight and traction on the tires.

One thing that we need to understand about braking is that it’s not just about the specs, power, and stats. Several things come into play, and you need to consider all of them if you want to determine which of a motorcycle and a car has the better stopping power.

Here are the factors that affect the braking of a car:

ALSO READ  Laying a Motorcycle Down - What Happens? [Video + Tips]

Factors that affect the braking of a motorcycle:

Braking safely on a motorcycle

Motorcycle riders use both brakes and shift their weight to compensate for the changing distribution while the bike slows down. When they transfer weight to the front wheel, they should ease off the rear brake to avoid losing traction.

Squeezing the front brake when the weight has shifted forward is a way to prevent a skid. As the contact patch of the front wheel creates more traction on the road, the rider should squeeze the front brake for safety and then come to a complete stop.

Indeed, the best time to squeeze the brakes is when the motorcycle slows down, but riders should not hesitate to use the brakes.

Motorcycles are generally lighter and have less inertia than cars. They have less weight to move, so they are more sensitive to sudden stops. When a bike slows down, it needs to be braked more slowly than a car.

ALSO READ  Do Motorcycles Have Horns? Yes But They Aren't Good Enough

A motorcycle with poor braking performance is more likely to skid, resulting in a crash.

Although many riders think that a motorcycle brakes faster than a car, in reality, that is not the case, a motorcycle has a smaller contact patch than a car. It is less likely to have traction on the road.

A motorcycle can brake more quickly than a car if the bike has more power and a lower center of gravity. A motorcycle has more traction than a car on the road because it has a larger contact patch.

Although a motorcycle has less braking power than a car, being anticipative and braking at the right time can enhance its braking ability.

However, it is essential to know that having a lower center of gravity, the right braking strategy, and skill enhances a car’s braking power. So, the next time you’re in a car, think about how it brakes, and then apply those techniques to your motorcycle. It will help you brake more safely.

PrevPreviousCan Motorcycles Split Lanes in Texas? Legally No
NextHow To Detail a Motorcycle – You Can Do This YourselfNext