Can Motorcycles Split Lanes in Texas? Legally No 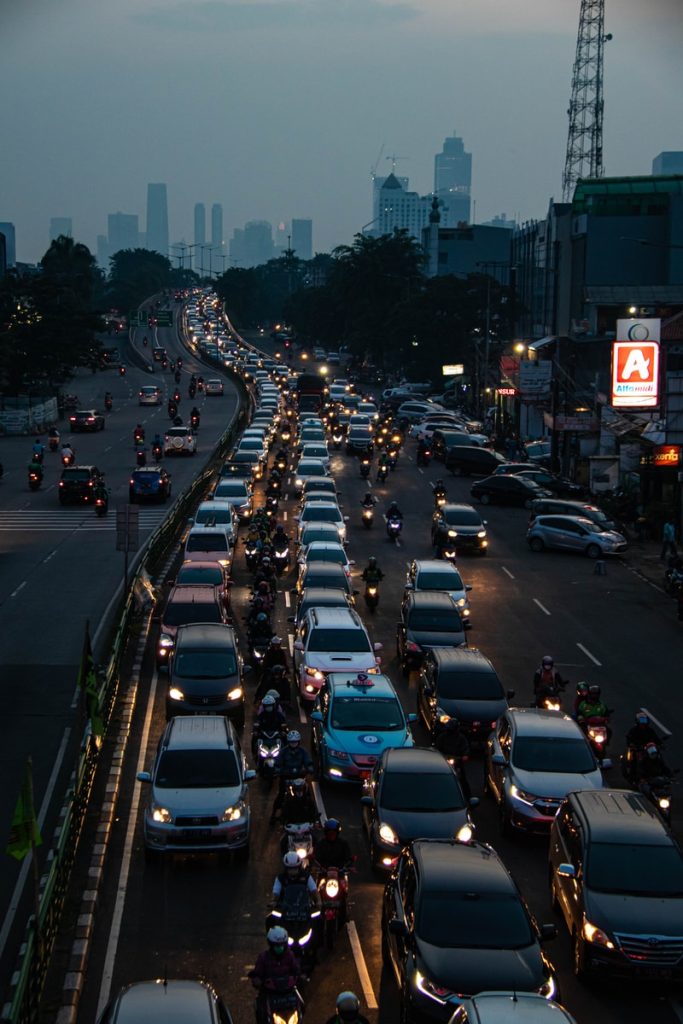 Road safety and regulation can be a confusing subject for motorcycle riders. An example of this is lane splitting, whether it is legal in Texas or not.

In this article, we will clarify the situation and determine whether the state of Texas permits motorcycle riders to lane split.

The short answer? No.

The law requires all vehicles on the road (specifically in Texas) to stay in one lane of traffic and can only change lanes when it is safe to do so. The state introduced this law in 2016, but it remains the subject of endless debates by many motorcycle riders.

Lane splitting is when a motorcycle rides between two lanes of traffic along the white-dashed lines. This usually happens during a heavy traffic situation to cut down travel time.

Some motorcycle riders opine that lane splitting is legal simply because it’s something many riders are doing; this is where most riders are wrong. Lane splitting remains illegal in most states, including Texas. If this action causes an accident, they charge the rider for breaking the laws on road safety.

The Law in Texas

Road laws in Texas do not explicitly mention lane splitting. However, Texas Transportation Code 545.060 states that all road users must remain within a single lane, making lane splitting illegal.

What this means is, at any point, you could get pulled over for lane splitting, putting yourself in a legal dilemma every time you do this in Texas. Although law enforcement for this offense is rare, you could still get fined.

ALSO READ  How To Stop a Motorcycle - Use Front & Rear Brakes

The Dangers of Lane Splitting

Legal or not, lane splitting is dangerous. The majority of the causes of the motorcycle is that vehicle drivers do not see riders. Therefore, if they decide to change lanes right as a lane-splitting motorcycle passes, an accident is bound to happen. Motorcycles lack the protection offered by the cabin of a truck or car. Therefore, even if the rider is going 20 kp/h, it could still result in serious injury, even death.

In a lane-splitting accident scenario, either or both parties could be liable. The car driver who veered into the motorcycle’s path should have checked first if it was clear.  On the other hand, Motorcycle riders could also become liable for the accident for failure to ride safely.

Note: Whether lane splitting is legal or not, we encourage riders to practice common sense and defensive riding on the road for their safety.

Lane filtering operates a motorcycle between rows of stopped or moving vehicles in the same lane. A lane filter is an act of lane splitting whereby a motorcyclist moves into the left (or right) travel lane in a no-passing zone or through an intersection.

On the other hand, lane sharing is when two motorcycles share one lane, either in a staggered or side-by-side position.

Is there a state where Lane Splitting is Legal?

Yes. When Governor Jerry Brown signed Assembly Bill 51 into law in 2016, the state of California legalized lane splitting, effectively allowing motorcycle riders to drive between rows of stopped or moving vehicles in the same lane.

Two Sides of the Same Coin

The riders in favor of lane splitting and people opposing it have compelling arguments. It’s certainly not a panacea for traffic congestion, and many argue that it may increase dangerous collisions. However, the debate will likely heat up even if more lanes are added to the road.

Many view lane splitting as dangerous. However, Berkeley’s University of California found that among the 6,000 motorcycle accidents, fewer than 1,000 were involved in lane splitting. The Berkeley study found that about two-thirds of motorcycle riders lane-splits when they encounter slower traffic moving at speeds below 50 miles per hour. Riders who exceeded the speed limit by more than 15 miles per hour were involved in fewer lane-splitting accidents.

The study concluded that the most critical factor in judging whether lane splitting is safe is how fast a vehicle is going.

There are arguments both for and against lane splitting. For one thing, motorcyclists are one of the most vulnerable drivers on US roadways. People opposed to lane splitting say it can be dangerous at any speed. It can also present safety hazards for everyone else on the road.

Bikers are far more vulnerable than drivers in other vehicles, and a collision can have dire consequences. But everybody agrees that there are ways to make the roads safer for bikers. Increasing motorists’ awareness of bikers and ensuring they wear a helmet can significantly reduce the number of traffic accidents.

If Lane splitting is dangerous, why is there a move to legalize it?

In 2014 and 2015, the University of California in Berkeley published two studies on lane splitting, and both had favorable results. In 2015, a study showed that out of 5,969 motorcycle riders involved in traffic collisions from June 2012 to August 2014, only 17% of lane-splitting incidents led to a crash. The study also revealed that lane-splitting motorcycle riders had less injury in the accident than those with the tendency to ride responsibly. Another significant result is an analysis of how speed is related to the risk when splitting. The faster you go, the riskier it gets.

ALSO READ  Can You Listen to Music When Riding a Motorcycle? [Guide]

In 2011, Transport & Mobility in Leuven, Belgium, published a report on “Commuting by Motorcycle: Impact Analysis.” According to the report, if you replaced 10% of cars with motorcycles, you reduce traffic congestion by 40%; also reducing emission by 6%.”

In short, the risk carried by lane splitting is an opinion and not based on facts, which is why California has legalized it, and other states are considering legalizing it.

Lane splitting is an interesting issue. It can be a danger or a benefit to motorcyclists, depending on how fast or disciplined a rider is. While the data on lane splitting accidents are relatively limited, they are not contradictory.

There are pros and cons to lane splitting, but it’s up to motorcyclists to decide if they feel comfortable doing it. If they think it’s not safe, they should not do it.

However, in Texas, lane splitting is illegal and should be avoided by motorcycle riders.

PrevPreviousWhen to Shift Gears On a Motorcycle  And at What RPM
NextCan motorcycles stop faster than cars? Not Likely – See WhyNext